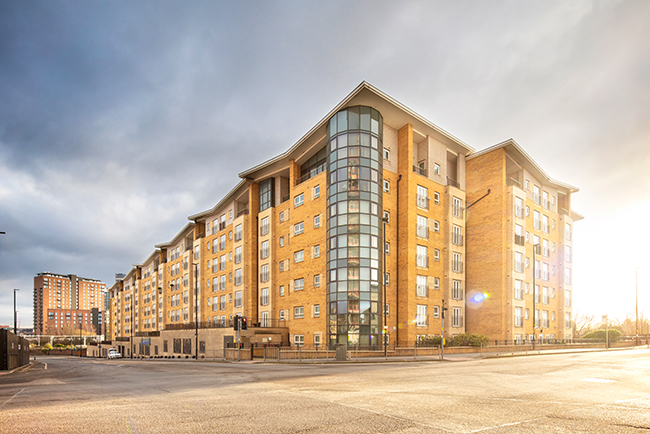 Landmark Investments Group has announced the acquisition of the 212 apartment Fusion scheme which was the original phase of Middlewood Locks in Manchester, from Taylor Wimpey.

Working closely with Shoosmiths – legal adviser on the transaction – Landmark completed the deal in a record two days.

Mark Hawthorn, CEO of Landmark Investments Group, said: “We are investing into new assets on an almost a daily basis, but the Fusion acquisition was far from the norm. We received a call from Taylor Wimpey to say they had been let down by another buyer leaving them with only few days before the strict completion deadline they were relying upon. We pride ourselves on being both reliable and expedient in our dealings so threw ourselves into the challenge without a second thought.

“There are well over 200 apartments in the scheme and it was not without its obstacles. To compound matters it was also clear we would be unable to use bank debt so had to use our own resources for the entire purchase price. We have a lot to thank Vaqas and his team at Shoosmiths for as they worked almost constantly around the clock, as did we, to complete within two working days, which is unmatched in our industry”

Vaqas Farooq, senior partner at Shoosmiths added: “We work very closely with Landmark on a regular basis so know they are ambitious, but this leap was a real challenge for all. We pride ourselves on supporting our clients in all that they do and relished the opportunity to become involved. To complete a transaction of this size and complexity from a standing start in just two – albeit reasonably long – working days was an achievement and we are pleased to have been able to contribute to a positive result for all parties”.

Previous All Articles Next
Landmark Group